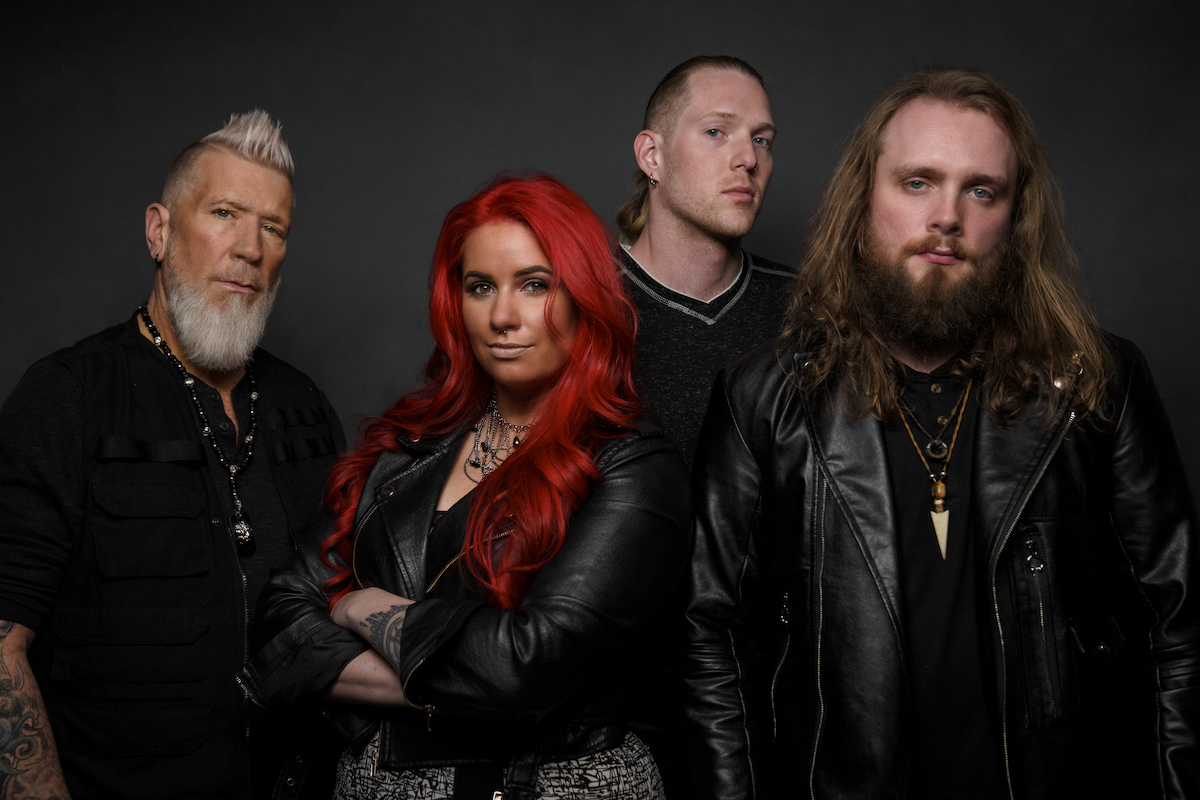 Lydia’s Castle have dropped their explosive debut EP on streaming services today. In recent months the band unveiled singles and music videos for “Search For You” and “Falling Into Place”, which are both included on the effort. The Nashville quartet hits hard, while keeping a delicate balance for passionate, vulnerable lyrics and infectious hooks that have been building the group a rapidly growing fanbase. Stream the EP today on Spotify, Apple Music and purchase a physical CD via their official webstore.

Led by vocalist Tonya LeeAnne and her husband/guitarist Cody Denton, Lydia’s Castle formed in 2021 which naturally became a preferred outlet for expressing personal loss, vulnerability and hope with an audience who loves great riffs and soaring melodic vocals. The EP was thoughtfully planned and written throughout 2021 as the band rounded itself out with former Staind/Soil Drummer Jon Wysocki and newly announced bassist Corey England. The genesis of the group began in personal tragedy, but the love and energy behind that event led to something even bigger than the rock quartet could ever imagine. The EP was produced by Jack Daniels (Sicktones Studio) and mastered by Mike Kalajian (Rogue Planet Mastering).

“The EP and our single Search for You specifically are about one of the greatest losses of my life, and I wanted to channel that pain into something creative that can be shared with others and help myself, the band and so many others know they are not alone” says Tonya LeeAnne. “The great thing about music and good lyrics is that the listener can make the song their own, and become attached to it in their own way, which is exactly how I got into music to begin with.”

Hailing from Nashville, TN, Lydia’s Castle is a rock band that pulls no punches.

Tonya LeeAnne’s powerhouse voice fuses with Cody Denton’s pummeling guitar riffs in a collision of old school blues soaked metal and hardcore riot grrrl rock and roll born from their own personal tragedy. The couple began collaborating during the 2020 COVID-19 “safer-at-home” mandates. Drummer Jon Wysocki (Staind, Soil, Save the World) joined the band in 2021 and bass player, Corey England, rounded out the line up in 2022.

The band’s debut singles “Phoenix”, “Falling Into Place” and “Search For You” are out now and included in their debut EP, available now. The band has performed with artists Diamanté, Renee Phoenix from Fit for Rivals and If I Die First in their short tenure together. Lydia’s Castle plans to continue to play consistent regional shows to build an authentic, natural fan base.

Lydia’s Castle’s mission is to encourage and inspire people to take their personal tragedy and build their own “castles” as they’ve built theirs during one of the most difficult periods in modern world history.
Out of the ashes, the Phoenix never dies.