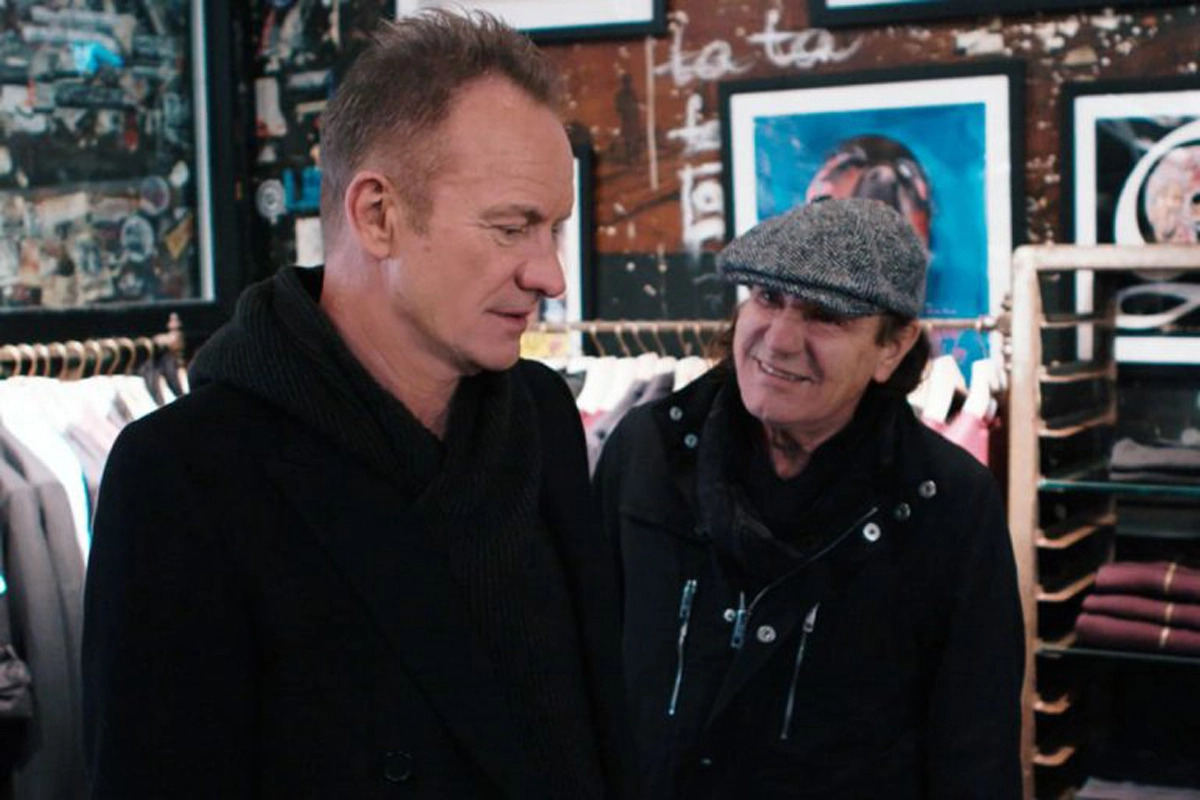 AC/DC’s Brian Johnson: A Life on the Road to make US Debut Sept. 15 on AXS TV

AC/DC frontman Brian Johnson is “Rocking All The Way” across the globe to sit down with some of the most influential artists in music.

AXS TV presents the popular rock-and-talk series Brian Johnson: A Life On The Road—making its Stateside debut on Sunday, September 15 at 9pE/6pP. The network has acquired the first two seasons of the program from Eagle Rock Entertainment, featuring a combined total of 12 episodes never seen before in the United States.

A Life On The Road joins a star-studded Sunday night lineup that also includes the new music series Paul Shaffer Plus One, hosted by musician and television personality Paul Shaffer, premiering September 15 at 8pE/5pP.

“To sit and chat with my friends and heroes while filming ‘On The Road’ was ridiculous fun, and with no professional journalists around, you can feel the trust,” said Johnson about the series.

Brian Johnson: A Life On The Road finds the rocker going above and abroad to catch up with a slate of fellow icons, hearing their priceless stories from their time on tour and taking viewers to the places that helped define their legendary careers.

Season One kicks off on September 15 as Johnson visits with Sting in New York, where the 17-time GRAMMY® winner opens up about the early days of his career and reveals the inspiration behind his signature hit “Roxanne.”

In this exclusive first look, the pair travel to the former site of The Police’s first gig, the quintessential punk venue CBGB’s, which Sting describes as “kind of a spooky place… it was so full of history.”

Discussing this time spent touring across America as a young man with the band, Sting reflects on the powerful impact it had on him and his character. “I’m just so grateful for it,” he continues. “It builds backbone. It builds some kind of psychological armor.” Watch it below.

Next, Johnson takes an excursion to North Wales where he explores a ruined castle with rock god Robert Plant, chatting about the vocalist’s love of American Blues, the creation of Led Zeppelin, and Plant’s acclaimed solo career and award-winning collaborations (Sept. 22).

And Brian Johnson travels to Dublin to grab a pint with Def Leppard superstar Joe Elliott at a local pub where the lads talk about the highs and lows of Def Leppard’s legacy, reflecting on how the band led the charge in the New Wave Of British Heavy Metal, were smuggled on stage in laundry baskets by Robert Plant, and won a place in the Guinness Book Of World Records for rocking three continents in one day (Oct. 6).

The season continues on October 13 as the Bay Area gets “Thunderstruck” when Johnson and Lars Ulrich tour Metallica’s headquarters in San Francisco, discussing the band’s meteoric rise and the thrill of playing to millions of fans on the monumental “Wherever We May Roam” Tour, and swapping war stories of their experiences with fame, favorite road rituals, and the importance of the road crew.

Then, in the season finale, Johnson cruises over to Pink Floyd drummer Nick Mason’s classic car collection, where the friends take a £40 million 1962 Ferrari 250 GTO for a spin as Mason reflects on the band’s humble beginnings and explains the unique elements that made Pink Floyd’s groundbreaking stage shows so special (Oct. 20).

“AXS TV strives to provide our classic rock audience with the absolute best music programming on the market today, and we are proud to continue that strong tradition with the addition of Brian Johnson: A Life On The Road,” said Lucia McCalmont, Vice President of Programming and Scheduling, AXS TV. “For the first time ever, North American audiences will be able to experience these unforgettable episodes in their entirety, as rock’s greatest artists guide viewers on a tour of the locations that helped shape their legacies, and share the stories of their incredible careers in their own words. True music connoisseurs won’t want to miss this incredible event.”