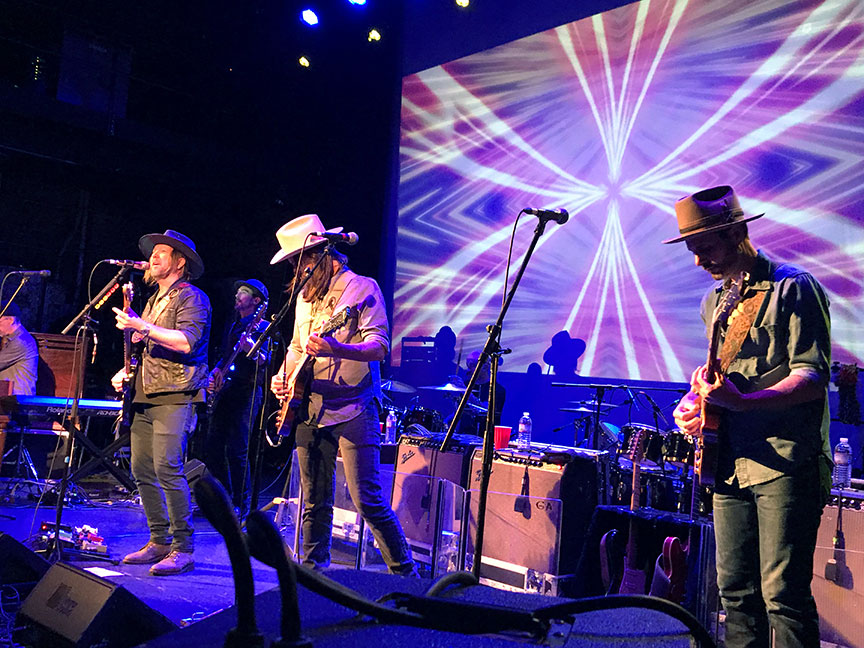 RECORD REVIEW: Allman Betts Band, “Down to the River”

The debut album of The Allman Betts Band Down to the River hit stores this week and shot straight to the number one slot on the Billboard Rock charts.

While they keep true to the ABB style, Allman and Betts are clearly carving their own path as well. And it’s sooo good.

The 9-track, 44-minute long album is released on BMG Records.

Opening track All Night is straight classic southern blues rock. Allman’s voice brings with it a sense of raw soul that really fits the vibe of this project.

Betts handles vocal duties on Shinin’, a track that is a throwback to the early days of The Allman Brothers Band with their multi-guitar harmonies.

The album’s title track, Down to the River, is my personal favorite. The blend of classic Delta Blues and soul music creates a chilling perfection that you can feel in your bones.

Autumn Breeze is a long jam track with a real Melissa-type feel. Melding harmonies and mystical slide guitar alongside Betts’ voice give this one a life of it’s own.

Good Ol’ Days, laden with acoustic guitars and Allman’s voice bring to mind sitting around a campfire on Saturday night without a care in the world. It’s all about the vibe with this one.

Melodies are Memories has been in the band’s live repertoire most of the year and is another where the band really goes it’s own direction. This song feels like how country music should sound, with dashes of guitar badassery tossed throughout to remind you who you’re listening to. It’s a definite favorite.

A cover of Tom Petty‘s Southern Accents is a touching ballad that Allman quite simply just owns. A lone piano with very occasional slide guitar accents bring out the beauty of this track.

Long Gone wraps the album up on a softer note. It’s the perfect ending to a fantastic album. Allman and Betts share vocals.

The most important takeaway from Down to the River, is that you don’t have to be an Allman Brothers Band fan to enjoy this music. If you’re into southern rock, blues, soul or even folk, this project has something for you.

As great as this album is, it’s difficult to truly capture their talent and raw emotion in a studio. If you enjoy the album, they’ll blow your mind live.

I look forward to watching this bunch continue to forge their own legacy.